Digital Health On Your Wrist

Wearable technology continues to attract great interest and investment from across the globe. With companies, such as Apple, Samsung, and others, incorporating sensors into their device manufacturing – along with the world becoming more health aware – wearables continue to change institutional thinking and algorithms when treating high morbid and mortality disease states, e.g. hypertension and heart disease. LiveOne, LiveMetric’s cuffless blood pressure (BP) sensor, has continued this innovation one step more.

Utilizing a sensory array of four MEMS nano mechanical sensors, the cuffless BP monitor is worn on the wrist, like an iWatch or FitBit, and uses a 100Hz signal to collect data. With a high correlation to arterial monitoring systems found in critical care settings, such as the ICU, LiveOne’s noninvasive technology collects real-time radial artery pressures and seamlessly sends the data to a provider’s EMR system as well as to patients on their iOS or Android device. Still, LiveMetric did not stop here with LiveOne’s innovation.

The high-quality signal gathered through the MEMs nano technology gives providers the ability to see complete pulsatile waveforms allowing for real-time observations of a patient’s cardiovascular status and accompanying disease state, such as heart failure or atrial fibrillation. Currently, LiveOne is the only device with this capability, placing it ahead of devices from the most recognizable names, such as Apple, Samsung, and others. Despite the great interest by these house hold names, the technology is not expected to be commercially until 2024 according to Bloomberg. However, LiveMetric has already received a 510(K) from the FDA earlier this year and expects to begin clinical trials as soon as possible.

With passive device participation being a primary focus in LiveOne’s development, LiveMetric continues its innovation and wearable tech evolution with maximum useability. By doing so, it hopes to drive development for machine learning projects with big data sets that will help change the way providers, and the public, look at metrics for cardiovascular and other high morbidity and mortality disease states. By doing so, time lapses between diagnosis and effective treatment will become shorter and shorter. Thereby improving patient outcomes and care overall. 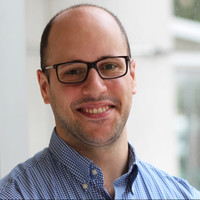 is a Research Nurse and Health Tech Enthusiast with interests in Biotechnology and Digital Health. Yitzchak got has a Masters in Health Policy and Management from New York Medical College as well as undergraduate degrees in Political Science from Rutgers University and in Nursing from Farleigh Dickinson University.

You can find out more about which cookies we are using or switch them off in settings.

This website uses cookies so that we can provide you with the best user experience possible. Cookie information is stored in your browser and performs functions such as recognising you when you return to our website and helping our team to understand which sections of the website you find most interesting and useful.

Strictly Necessary Cookie should be enabled at all times so that we can save your preferences for cookie settings.

If you disable this cookie, we will not be able to save your preferences. This means that every time you visit this website you will need to enable or disable cookies again.

This website uses Google & Pardot Analytics to collect information such as the number of visitors to the site, and the most popular pages.

Please enable Strictly Necessary Cookies first so that we can save your preferences!